Born of parents who had made their lives in Asia, the Far East has always been a part of my life. My first seven years (1948-55) were spent in Burma and these early years marked me.  In my very traditional British boarding school – Winchester – I retained a fascination for SE Asia. But studying Southeast Asian history for A level was sadly not an option. It was the same at Oxford. Even though my Oxford tutors quickened my love of history through insisting that I use primary sources, it was not until I graduated in 1969 that I was able to pursue my Asian interests.

Like all the best things in life, the unexpected had a hand in determining my decision to take up SE Asian history. On finishing my written exams, I was placed on the borderline between a First and a Second-Class Honours degree. This necessitated an oral examination – then called a ‘viva’ (viva voce). I contacted my French Revolution Special Subject tutor in Balliol, Richard Cobb (1917-96), who had inspired me with his idea that a successful historian has to have a ‘second identity’ in the country and epoch she is studying: for Richard it was late eighteenth-century France. I asked him to prepare me for the viva. His idea of preparation was to invite me to take a pint of beer with him on Balliol lawn.

It was a wonderful June evening and who should walk over to join us but the chair of the History Examination Board, Professor Jack Gallagher, a famous historian of India and imperial Britain. ‘And what will you do with a First, young man, if you give a good account of yourself in the oral exam tomorrow?’ He asked. ‘Oh! That’s easy!’ I replied, ‘Richard has been such an inspiring tutor that I will look at a French department and write a local history of the French Revolution.’ ‘Don’t do that!’ came Gallagher’s immediate reply, ‘that’s an over-subscribed field. But if you like that period why don’t you study the impact of the French Revolution overseas by looking at Java during the administration of Napoleon’s only non-French marshal – Herman Willem Daendels (1762-1818; in office as Governor-General, 1808-11). His papers must be somewhere in the Colonial Archives in The Hague or Paris. Give it some thought!’

This was a bombshell and it did indeed get me thinking. I had an English Speaking Union (ESU) scholarship to do graduate studies at Cornell University in the USA. Why not use that opportunity to take up Jack Gallagher’s challenge? I arrived and announced to my Cornell professors that Daendels and his French Revolutionary inspired colonial administration in Java was my research topic. ‘Great! But that’s not what we do here!’ they said. ‘First, learn the local languages (Indonesian and Javanese) along with the language of the colonial administration – Dutch – and then tell us what you want to do!’  Starting with Dutch, I headed for Cornell’s famed Olin Library, taking out HJ de Graaf’s Geschiedenis van Indonesie (History of Indonesia) (1949) in its Dutch original which I read from cover to cover. When I came to his chapter on the Java War (1825-30), my eye fell on an etching of the Javanese prince, Diponegoro (1785-1855), who had led the five-year struggle against the Dutch. I then had what the Javanese would call a ‘kontak batin’ (a communication from the heart). It was a Eureka moment. Who was this mysterious figure on horseback at the head of his troops entering the prepared encampment from whence he would be captured by treachery and exiled to the Celebes (Sulawesi) for the rest of his life (1830-55).  Maybe instead of the very European Daendels, I would look at the impact of the French Revolution in its colonial setting by studying the life and thoughts of someone at the receiving end, the quintessential Javanese prince, Diponegoro, now one of Indonesia’s foremost national heroes.

The rest is history. Over 40 years have passed since I sat on Balliol lawn, and in that time my whole professional life has been focused on thinking and writing about Diponegoro. In 2007 my magnum opus biography – Power of Prophecy: Prince Dipanagara and the End of an Old Order in Java, 1785-1855  – was published by the Royal Institute for SE Asian and Caribbean Studies (KITLV) in Leiden, and sold out its first two editions. This month it will come out in an expanded Indonesian language edition: Kuasa Ramalan: Pangeran Diponegoro dan Akhir Tatanan Lama di Jawa, 1785-1855 (Jakarta: Kepustakaan Populer Gramedia). The age through which Diponegoro lived in late eighteenth and early nineteenth century Java is an excellent illustration of the theme of the current History Day – Revolution, Reaction and Reform. The Revolutions through which he lived were not made in Java but imported from Europe: namely the twin industrial and political revolutions which tore the old regimes in both Europe and Asia apart and hit Java like an Asian tsunami with the coming of Daendels in January 1808.

In the space of under a decade (1808-16) during the administrations of the Napoleonic marshal and his British nemesis, Lieutenant-Governor Thomas Stamford Raffles (1781-1826; in office, 1811-16), the old colonial order of the Dutch East India Company (1603-1799) was destroyed and a new Netherlands-Indies administration (1818-1942) was born in its place. This Administration’s founding charter – theconstitutional regulation (regeerings-reglement) of January 1818 – envisaged anew legal order or rechtstaat and a complete replacement of the corruptadministration of the Company by a new colonial administrative service. Thiswas the reform which turned Java into one of the most lucrative colonies in theworld. In the space of just forty years following the end of the Java War, theDutch took USD75 billion in today’s money out of the island through the profitsthey made from the ‘Cultivation System’ (1830-70) – in which export crops likesugar, tea, coffee and indigo were bought at low fixed prices from Javanesefarmers and sold on world markets at international rates.

This underlyingenergy to make profits at any price sparked the reaction of the Java War inwhich the twin forces of Javanese nationalism and Islam were united underDiponegoro’s ‘holy war’ banner. For the probably the first time in Javanesehistory, all sections of society were brought together in a single cause.Diponegoro’s efforts came to naught, but his name lived on and just ninetyyears after his death in 1855, the Indonesians once more rose against the Dutchand after four years of guerrilla war known as the Indonesian Revolution(1945-49), they eventually won their formal independence from Holland in 1949.Revolution, Reaction, Reform colonial style was thus played out across theworld’s largest archipelago which placed on the map of Europe would stretchfrom Lisbon to Minsk and Copenhagen to Ankara. This is an Asian epic, a chapterof world history which at this year’s National History Day you can begin toexplore.

Remember the NationalHistory Day gives you a rare opportunity to learn the value of rigorousacademic research and how such research can shape popular perceptions andevents. Cathy Gorn, the Executive Director of the NHD who has just been awardedthe prestigious National Humanities Medal by President Barack Obama, in heracceptance speech cited how three students along with their History teacherfrom Adlai E. Stevenson High School in Lincolnshire, Illinois, helped to changehistory in the famous ‘Mississipi Burning’ case. The students selected the 1964murders of civil rights workers in Philadelphia, Mississippi, for theirNational History Day Project, creating a documentary that presented importantnew evidence and helped convince the state of Mississippi to investigate,reopen the case and convict Edgar Ray Killen for the murders. Just think ofthat – a documentary based on painstaking research which helps to change thecourse of justice. Just amazing!

Here in Indonesia, Batara Hutagalung (Surabaya, 1944-    ), an historian from North Sumatra who haswritten numerous books on colonial history (including the British militarycampaign in Surabaya in November 1945 which left thousands dead), also won a significantvictory for the cause of justice. His persistence in securing evidenceregarding the Rawagede massacre of 9 December 1947 during the Indonesian War ofIndependence against the Dutch (1945-49) won a ruling from a Dutch court on 14September 2011. The court ordered that €20.000 compensation be paid by theDutch Government to each of the eight remaining widows of the 431 young men massacredby Dutch troops in a village between Karawang and Bekasi. Long immortalised inIndonesian poet Chairil Anwar’s 1948 poem ‘Karawang-Bekasi’ whose opening linesread: ‘We who lie sprawled between Karawang and Bekasi cannot cry ‘Freedom’ orraise our weapons any more!’ Batara Hutagalung’s research symbolically raisedthe bodies of those massacred young men and brought them to the court room,thus ensuring their eventual valediction.

Remember, through their writings and research historians canliterally change the course of history. Knowledge is power and for those whoserve the Muse of History, Clio, that power is very considerable. But to use itproperly there must be great intellectual integrity and honesty of purpose. Alltoo often history can be abused for political ends – think of the way historyis written in dictatorships and totalitarian states. Today you will learn howthe craft of the historian can be applied. That craft requires skill andmotivation. It is open to abuse and to honour. Today you will learn the path ofhonour. You are embarking on a journey which will literally change your life.Make sure you have packed everything you need for the road and step forwardwith confidence!

The journey of a thousand miles starts with a single step! 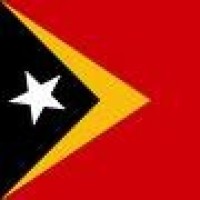